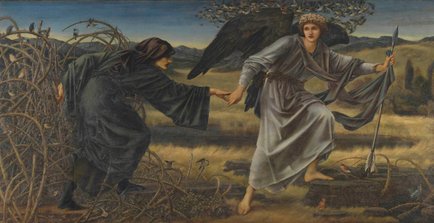 In 2020 the Nordic Institute of Art will publish a new book on works of Peder Balke in the Gundersen Collection. Peder Balke (1804–1887) is one of the most outstanding artists of Northern European Romanticism. While he during his own lifetime was despised and later marginalized by standard art history, Balke has recently been internationally recognized as one of the true geniuses of his period.

The Gundersen Collection is built up through several decades by collector Pål Gundersen. In addition to being among the finest private collections of Edvard Munch’s prints as well as of Norwegian folk art, it also contains more than 40 paintings by Peder Balke. It is thus the largest collection of the artist’s oeuvre in the world and provides unique insight into Balke’s artistic development. Author and Chief Editor of the book will be Dr. Knut Ljøgodt. 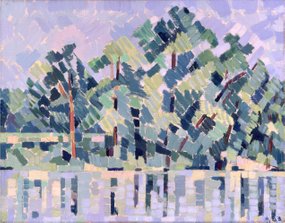 Nordic Institute of Art in collaboration with Eva Bull Holtes Memorial Fund will in 2019 organise a project to revitalise the Norwegian artist Eva Bull Holte.

Eva Bull Holte (1922–1993) was foremost a painter, but she also worked with drawings, prints and ceramics. In her own time, Bull Holte was a well-recognised artist, represented in several museums and private collections.

Her early works show influence from the Norwegian Matisse school and later on French early-modernism inspired by Paul Cézanne's geometrical shapes. In the 1960s she developed a more distinctive style of her own, as can be seen in her landscape paintings: large colour fields, on the border of abstraction.

Despite recognition in her own time, she is today marginalised by standard art history. Traditionally female artist has often struggled to break through and is often marginalised in posterity. In the later years, there has been a tendency to bring forward women artists from the late-modernist generation through exhibitions and publications. It is in this perspective we should regard Eva Bull Holte and her place in Norwegian art history.