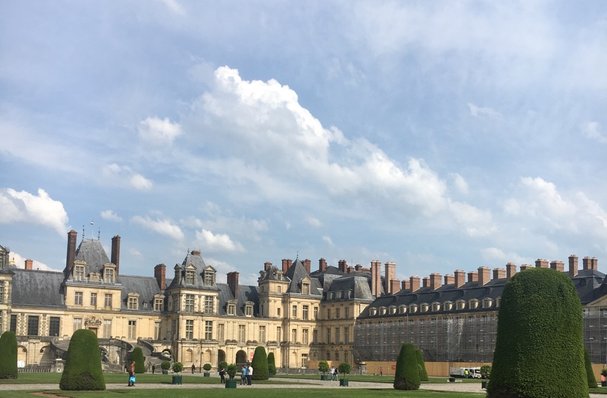 We are happy to announce that the Festival d’histoire de l’art, which will take place at the Château de Fontainebleau outside Paris 7–9 June, will focus on art from the Nordic region.

The Festival of Art History is organized every summer by INHA – Institut national d’histoire de l’art, Paris, on behalf of the French Ministry of Culture. NIA – Nordic Institute of Art is Norwegian co-organizer for this year’s event, with Dr. Knut Ljøgodt serving on the committee, together with representatives of the other Nordic countries.

The Festival’s Scientific Director, Dr. Veerle Thielemans, says: “With its rich program of over 80 lectures, film projections, workshops and visits devoted to Nordic art, the festival is a unique occasion for audiences here in France to discover the arts and history of art of the five invited countries. It is a festive event where one learn more about well-known and lesser-known Nordic artists and get a glimpse of the cultural scene in Northern Europe today.”

The Festival program will include the exhibition Sauvages nudités, with works depicting the Far North by Peder Balke, François-Auguste Biard, and Anna-Eva Bergman. Balke paintings are lent by Musée du Louvre, Paris, and The Gundersen Collection, Norway, in addition to other private collectors. The exhibition will be on show at the Château de Fontainebleau until 8 July, and is curated by Professor Éric de Chassey, Director of INHA, and organized in collaboration with NIA and the Fondation Hartung-Bergman.

Éric de Chassey says: “We are particularly happy to be able to bring together, for the first time in France, a significant number of paintings by Balke, thanks to an exceptional collaboration with the Nordic Institute of Art and the Louvre. By showing them together with major paintings by Biard and Bergmann inspired by their trips to Northern Norway, we will emphasize their artistic importance in a country where their author remains virtually unknown. “

In connection with the exhibition, there will be a panel conversation on Balke’s art, moderated by Éric de Chassey, and with participation by Christophe Leribault, Director of Petit Palais, Paris, and Knut Ljøgodt. There will also be a round table presentation with Sámi artists Rose-Marie Huuva (Sweden), Inger Blix Kvammen (Norway), and Matti Aikio (Finland). Other events include lectures by MaryAnne Stevens on Nikolai Astrup, Marit Paasche on Hanna Ryggen, and Jarle Strømodden on Gustav Vigeland. Museums directors Tone Hansen, Henie Onstad Art Centre, Stein Olav Henrichsen, Munch Museum, and Anne May Olli, The Sámi Collections, will also participate.

NIA director Knut Ljøgodt says: “NIA is proud to be co-organizing this year’s event, which we are sure will bring larger attention to art from the Nordic region among a French and European audience. We are thrilled about the prospect of placing Peder Balke in a wider, international context through the exhibition and round table discussions.”

The Norwegian participation is supported by The Savings Bank Foundation DNB and The Norwegian Ministry of Foreign Affairs/Ambassade Royale de Norvège à Paris.